DA: Change We Can’t Believe In

Darren pointed me at the DA party’s new website which, while admittedly a placeholder, looks remarkably like Obama’s own site. Of particular note are the two party logos.

Right down to the stripes it’s a little tough to imagine that the DA came up with what is effectively a straight clone of Obama’s logo all on their own. Add a few rays and pretend the voters are retarded? Seriously guys. If you want me to vote for you, perhaps come up with your own ideas, maybe starting with your logo. I commend the intent of the DA to reinvent their image as something more modern and professional, indicative perhaps of the direction Zille can steer her party. It’s just I sincerely wish they’d hired some sort of creative professional to design their logo. If they did, it’s both a sad indictment to the creative ‘genius’ of whichever marketing/design house made this abhorrent rip-off and to the DA for being OK with it. Be professional and modern by all means, but for the love of all things clever, don’t rip off Obama so blatantly. 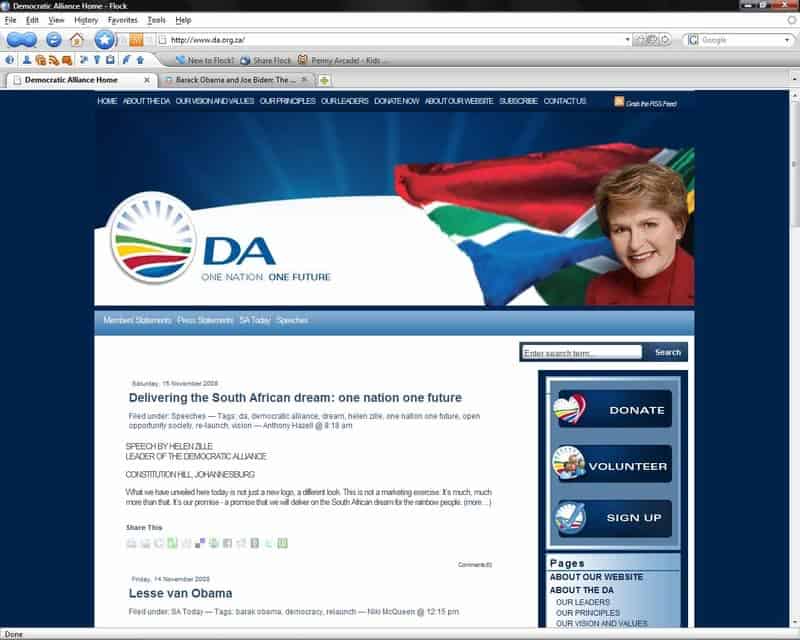 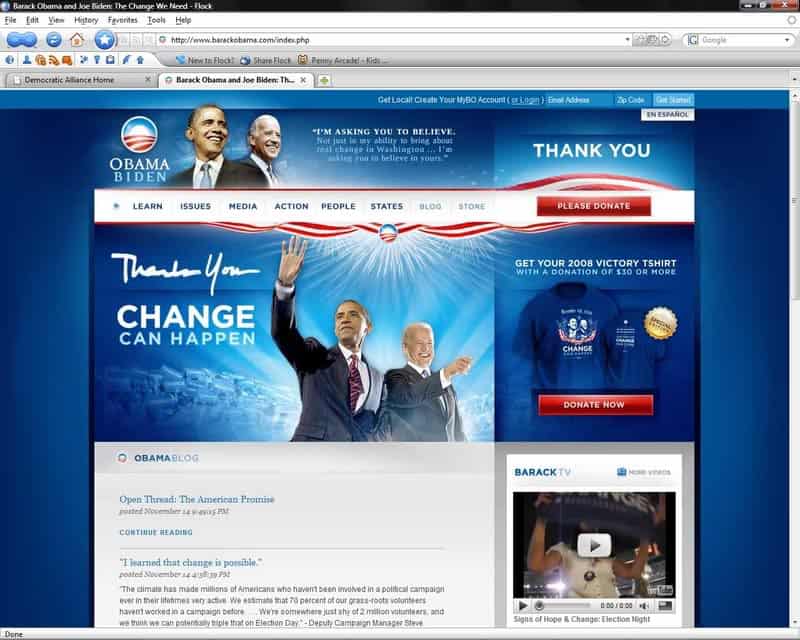 Next year’s election is arguably the most important so far in our democracy, and this only underpins the importance for parties like the DA to come off as something more sophisticated than the hooting circus that is the hijacked ANC. It’s an important election, and it’s crucial because the DA is in a fine strategic position to prise off some more provinces into their mandate. Revamping a party’s look is rarely easy, and never without risk, but ripping off Obama’s shining star so obviously is, I think, not the right way to go about it. If nobody in the party noticed this and sincerely believes their logo is unique, then I worry for the bright new direction the DA is trying to take.